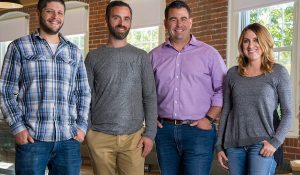 MANCHESTER — Here’s one way to avoid venture capital when running a startup: spin it out of an existing company. That’s what happened with Explorics, a new marketing tech startup based in Manchester, N.H., that began as a software project at marketing agency GYK Antler.

Evan York, Explorics CEO and co-founder, told BostInno that before the startup was created, he had been brought into GYK by his brother Travis, the agency’s CEO, to build a data analytics platform that would help give GYK clients more transparency into the performance of their marketing campaigns.

“I did not have the desire to follow the typical agency model of hiring an army of analysts,” said York … Click to Read More >>